Dorset Healthcare Limited, part of the Care Concern Group, (The Employer) requires the Refurbishment and Extension of 2 separate Care Homes, Oakdene and Acorn House to connect both Care Homes into one building and provide new bedrooms and ensuite and communal facilities. The works are to be carried out over 5 phases whilst residents remain insitu.

Neo Projects are undertaking the role of Employer’s Agent on behalf of Dorset Healthcare Limited for this development under a JCT Design and Build 2016 form of contract with standard Amendments.

The project is a complex refurbishment and extension which received planning 3 years ago but has been subject to internal redesigns to achieve client aspirations. The specification and scope of works has been rigorously drafted by Neo to ensure that the works are able to be undertaken whilst residents remain insitu and detailed phasing plans produced to ensure entrance access and kitchen and laundry facilities remain in full operation during the works.

Partners on the project include Raynor Davies Architects acting as Architect and Principal Designer, NJP Consulting Structural Engineers, Betton Consulting acting as M&E Consultant and LBI Design acting as Interior Designer.  To ensure that the project achieves all client aspirations, Neo have been at the forefront of challenging and questioning design and applying value engineering to achieve value for money for the client. 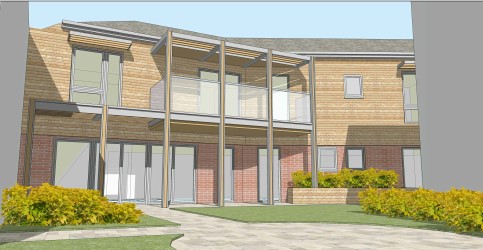